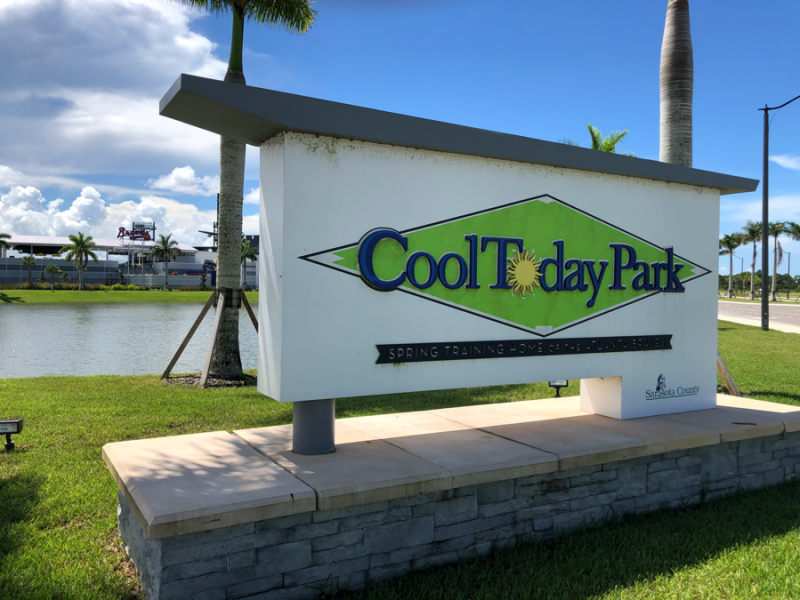 “It was a huge honor to be selected for this project,” said Tony Liga, AVP’s Commercial Account Manager. “Baseball is more reliant on video technology than ever before, and we’re pleased to contribute to the development of the Braves’ future stars.”

AVP was the design/build AV contractor for the Academy Building project at the new spring training complex. The building includes player dorm rooms, recreational areas, dining hall and training rooms. The bulk of the project was the installation of a large audio-visual projection system for the academy’s 200-seat auditorium. The system’s components include a 368-inch fixed projection screen, a 12,000-lumen laser projector, 28 ceiling speakers, in-ceiling microphones to enable audio conferencing, and a Crestron control system.

AVP designed and installed a second audio-visual projection system for a divisible multi-purpose training room. AVP provided and installed fifty (50) commercial-grade televisions throughout the complex. These TVs are equipped for cable connections
and video game consoles, and each is controlled via a Crestron control keypad.

Audio Video Partners (AVP) is a licensed low-voltage contractor located in Sarasota, Florida. As an electronic systems integrator that designs, installs, and services access control systems, security camera systems, and audio video systems on projects located in Southwest Florida and across the country, developers, contractors, and commercial building owners choose AVP because of their unwavering commitment to collaborating with project stakeholders throughout the process. Learn more at www.avpfl.com.

Go back | Show other stories | Send this page to a friend

Request a quote or consultation today